You need to start with these 3 Qualifying Questions:

If you answered Yes to any one of these questions, you are in the right place. This is my I.C.E. acronym, and it has been taking talent to the next level for years. There is both an art and a science to increasing your authority status and opportunities to be experienced. This has been my life’s work. Everything from being the former C.E.O. of Guerrilla Marketing to Owning a Beverly Hills Publishing and Publicity company helping businesspeople become celebrities to helping celebrities become businesspeople has prepared me to provide you with the activities and accomplishments that will help you breakthrough and level up.

You can be a part of the Top Talent community through events, groups, and media. There are no-cost opportunities to pitch yourself, book speaking gigs, secure interviews, schedule discovery calls, joint venture, and even mastermind with other experts, influencers, and entrepreneurs. There are also opportunities to invest in yourself and get the support and education you need to activate the I.C.E. approach to Top Talent activities.

Find out how the Top Talent Academy Membership can accelerate your journey to success! Get more Access, Accountability, and Support!

Mark Boldizar, President of Top Talent Academy
explains what's in it for you:

These joint venture events are a favorite in our community because they’re all about you! Introduce yourself and meet like-minded authors, influencers, experts, entrepreneurs, and more. Collaborate to create win-wins and partnerships to build your business.

Extend your credibility and exposure by being highlighted in our Directory. See toptalentjv.com/directory.

With access to David and our Top Talent team, you can master the skills you’re learning and employ the Learn-Do-Teach method of content retention and maximization.

Access to David and the Top Talent team via Zoom meetings to keep your momentum moving forward and help you get more out of all course material.

Graphics can help to accelerate your learning or be used as templates for your own business.

We publish a digital magazine with approximately 200,000 impressions per issue. See TopTalentMag.com

Get noticed with our professional ads in Top Talent Magazine

This multiple-day immersive training includes everything you might expect, plus so much more.

Increase Credibility and Influence with options for Agency Certification.

We do a Preview with Q&A every Wednesday at the end of our Top Talent JV Mastermind, even on Zoom.

(There is a Bonus Session at 7am PST that is especially good for first-time attendees where training is provided on how to best talk about yourself at TTJV Masterminds.)

(PAST TTJV REGISTRANTS DO NOT NEED TO REGISTER AGAIN)

*THIS IS A REFERRAL ONLY EVENT (NOT FOR THE GENERAL PUBLIC) MEANING
YOU MUST PUT THE NAME OF THE PERSON WHO REFERRED YOU IN ORDER TO REGISTER. 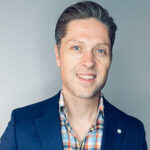 Chief Content Creator and Professor
David T. Fagan is the former CEO of Guerrilla Marketing, which sold over 23 million books in 62 languages, as well as the former owner of LCO Communications, a Beverly Hills PR firm that has represented 58 Academy Award Winners, 34 Grammy Winners, and 43 New York Times Best Sellers.
Learn More
He has been featured on Fox & Friends, the Today Show, The Washington Post, Forbes, Your World with Neil Cavuto, and Fox’s The Five, to name a few. He’s won major awards for publishing, publicity, and even the Entrepreneur Educator of the Year Award from Infusionsoft.

David is the bestselling author for several books including Word Genius: What to Say and How to Say It, and Becoming Significant: How to Invoke Sacred Words that Unlock Real Power. He’s an International Speaker in places as far away as Dubai, Bangladesh, Kenya, and Australia. He has shared the stage with everyone from Former Secretary of Defense Dr. Bob Gates to actress Eva Mendez. 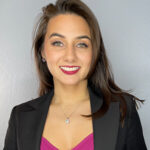 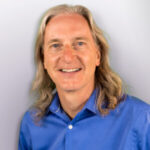 Content Creator, Chief Content Curator and Dean of Academy
Mark is best known for leading Fortune 500 companies as well individual 7 figure entrepreneurs to realize their full potential. With Jack Canfield’s endorsement he co-wrote the bestselling book Unleash Your Future and was the first guest on his show Talking About Success.
Learn More
Mark has been featured in everything from the Los Angeles Tribune to Top Talent Magazine and he has shared the stage with living legends that include Denis Waitley, Bob Proctor, Les Brown, John Assaraf, and more. Mark has even been awarded a US patent for an innovation in the semiconductor industry. When he isn’t teaching how to tap into the Mind Acceleration Effect, he can be found running or biking through beautiful Lancaster County, Pennsylvania. 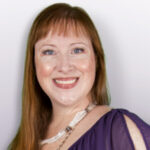 Director of Member Services
Jessica is best known for her writing and editing with her work in everything from news outlets like the Los Angeles Tribune and USA Today to indie author outlets like Top Talent Publishing and Top Talent Magazine.
Learn More

With extensive experience in interviewing, team building, storytelling, and project management Jessica has been hired by everyone from Fortune 500 companies to local government agencies to solo entrepreneurs. Whether it’s her past careers in banking, printing, talent scouting, or head-hunting Jessica excels at getting the story right and making people look good. When Jessica isn’t helping others get the exposure they deserve she’s living it up at her coastal home in Oregon.

As a professional, you have the freedom to customize your curriculum, as you continue your life-long learning journey. To honor your time invested with us, we have a number of unique platform features and course-development practices.  Confidently get the most out of any course you take inside Top Talent Academy!

1. By Experts For Experts

Understanding the intense challenges, ROI demands, and time constraints of our audience gives our team and our students a serious competitive advantage. We leverage that to launch better and adapt fast, ourselves!

Life happens fast, and schedules change, we get it. Whether you have 5 minutes or 5 hours a day to be inspired, Top Talent online campus is at your fingertips at any time. Welcome to learning on your schedule.

Where possible, we make downloadable versions / additional supplements available at each learning step, so you can keep learning even when life takes you to places the internet doesn't go.

From any device, any browser, your coursework is easily accessible and a joy to engage with. No need to download apps or software. Simply login and go to your course to pick up where you left off.

Our courses guide you step-by-step so you can pick up where you left off, even when switching devices. Watch a video from your desktop at home, continue it from your mobile while getting ready, then listen to the audio while driving! Leaders will find a way to learn, no matter what, that doesn't mean we cant make it easy for them.

Do you learn best from reading, listening, watching, or doing? With our innovative -results driven- approach, that doesn't matter, because we provide options for and engage ALL learning styles. In fact, by incorporating multiple senses we can engage your brain and your natural creative -learning- ability, increasing return on investment.

Not all videos are interactive; however, when engaged on a learning step, you will notice a Table of Contents for the video so you can easily navigate to the different sections. You may also notice questions, tips, even additional resources that overlay or -in some cases- stop the video and won't let you progress until you answer correctly!

Nearly every text-based learning step inside your course will be interactive; meaning you can highlight any word or section different colors, add a star to highlight, even write notes on top of the text! This enhances your immediate reading experience and understanding, as well as helps you recall, as you review your previous steps.

Every bit of text you highlight, and every note you make using the interactive course reader will be saved in your own private learning journal! This makes the process of making a note to implement something or simply remember something important, infinitely easier. Review and edit your learning journal at any time with just a few clicks!

Most learning steps include exercises for you to utilize and put principles to work in your life. Additionally, automatically graded self-assessments highlight the most important aspects of that learning step; helping you track your understanding before moving on. Remember, courses are self-paced; we encourage measured application of information over plain consumption.

You may be self-motivated, but we'd still love to incentivize you to LEARN more and DO more! By completing and submitting questions and feedback on your learning steps inside the campus, you earn exclusive opportunities. Opportunities like free live training, Q&A's, exclusive events, discounts, early-access to upcoming courses and more.

Every learning step must be completed before moving on to the next. Our online campus tracks your progress, and with your satisfactory completion of each step, including the automatically graded self-assessments, we will award you a -well deserved- Certificate of Completion you will be proud to print and display.

Part of The Family